The opportunity to expand into an adjacent building combined with a desire to update the structure’s 1960’s interior and exterior decorating prompted the First National Bank of Ottawa to look to the past to find a new image. Basalay Cary & Alstadt Architects was hired to plan and implement a 4,000 square foot expansion of the existing bank lobby into an adjacent downtown storefront, to remodel the existing 6,200 square foot lobby and to restore the exterior to its circa 1900 appearance.

The building’s exterior metal façade which was installed in 1968 was removed and previously demolished details were recreated to return the character of the building to that which existed at the turn of the 20th century. The existing lobby was gutted and fitted with a grand central vaulted ceiling adorned with period pendant lights. New wood-paneled teller stations and casework help to create a sense of the past while providing the function of modern banking operations. 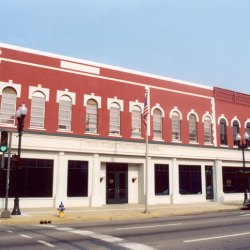 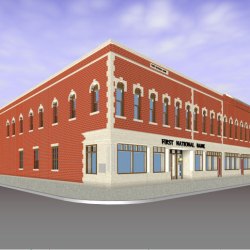 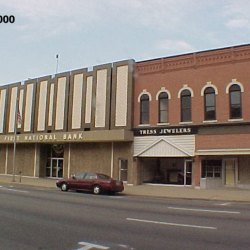 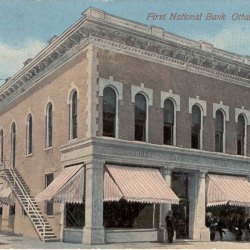 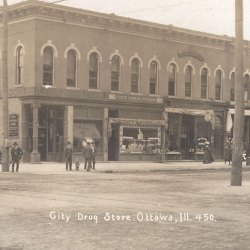