The City of Ottawa was faced with cramped inefficient space for their city offices. Their concern was solving their space needs while preserving their turn of the century historic structure and their central city location. Adequate space was made available in the building without the need for a building addition by the creation of a more efficient space plan and the installation of an elevator to take advantage of previously inaccessible second floor and below grade space. A grant was obtained from the State to cover the cost of the elevator. The final solution captured the character of the existing architecture while creating a modern office space. The offices were temporarily relocated to a vacant building adjacent to City Hall and six months later moved back into a transformed City Hall with 25% more office space for future expansion, three meeting rooms, and a new City Council Room with seating for 75. Even those who were reluctant to invest the capital in the preservation of the building have been converted by the success of the result. 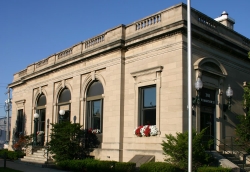 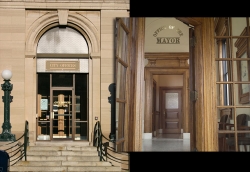 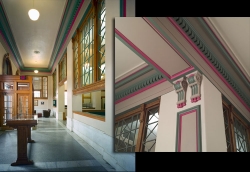 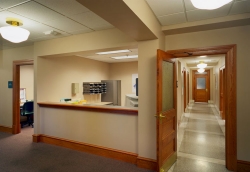 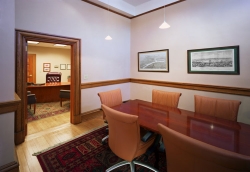 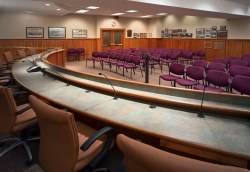 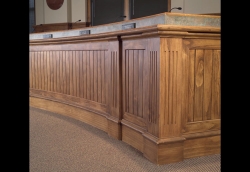