The main campus of Illinois Valley Community College was built along the bluffs of the Illinois River in 1972. While the main campus was under construction, classes were held in a group of 12 temporary buildings, some of which remain as part of the East Campus today. When originally built, the Main Campus consisted of 5 buildings connected via the main level and lower level and a separate gymnasium building. In 1979 the Cultural Center which houses the theater was built to the east of the main campus and connected to the main campus through a new main entrance link shortly thereafter. To aid in circulation within the buildings connecting links were built at a later date to connect the upper levels of the Main Campus. The original campus including the gymnasium building and cultural center is approximately 335,000 square feet in size.

In 1990 Basalay Cary & Alstadt Architects was hired by Illinois Valley Community College for the first time for a paving repair project. In the more than 20 years since, IVCC and BC&A have continued to work together on projects large and small. In addition to several pavement repair projects, BC&A has coordinated sidewalk replacement, street light upgrades, roof replacement for all flat roofs on campus, master planning, accessibility upgrades, and the layout of a new parking lot. In addition to exterior site work, many projects have been undertaken within the buildings such as new elevators, door replacement, stage curtain replacement, new stage lighting, and the replacement of the hallway display cases. Several large remodeling projects have been completed including the LRC, child care, restrooms and science labs. 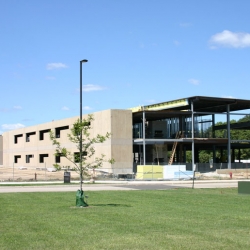 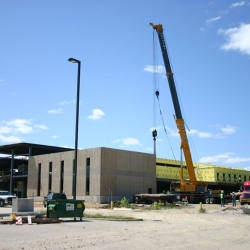 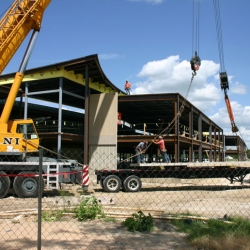 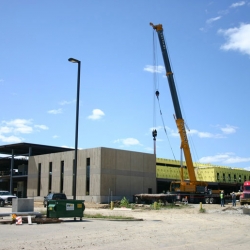 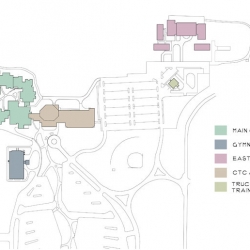 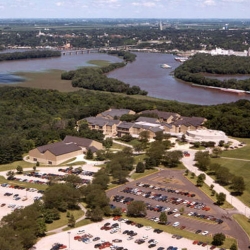 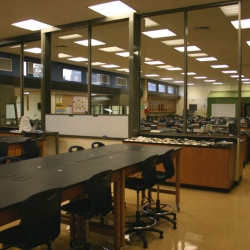 The Biology Labratory and Chemistry Labratory were completely remodeled and upgraded in 2010 and 2011 respetivly. These renovations provide brand new facilities for students and allows multiple classes to use each space simultaneously. Construction was performed during the summer to minimize impact on the classes.

As the original buildings have aged, BC&A has coordinated the replacement and upgrades of several building systems including the computer server network, electrical wiring, transformers, plumbing lines, and the security camera system. 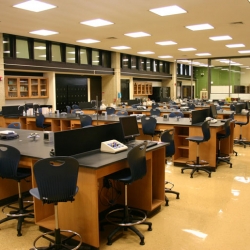 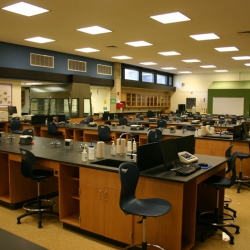 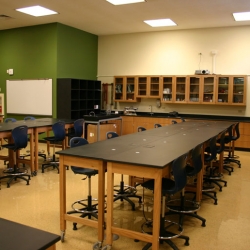 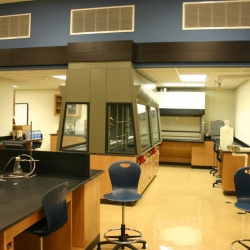 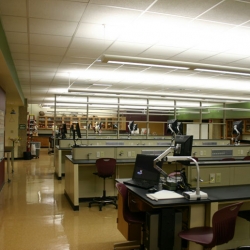 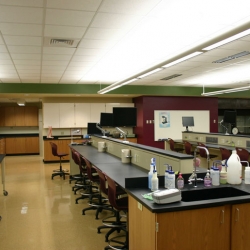 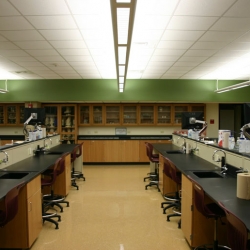 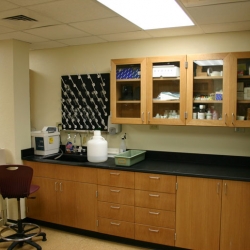 In 2009 the college was awarded a grant from the State of Illinois which allowed them to finally replace the (now 30 year old) temporary buildings on the East Campus. The project will take place in three phases over the course of several years. Phase 1 of the project is an 80,000 square foot addition which is currently under construction and will house various trade skill training classrooms.

Phase 2 of the CTC project will demolish the last of the temporary buildings and save and expand the permanent portion of the welding/auto shop on the east campus. Additionally, a new maintenance garage will be built to protect campus maintenance equipment. Phase 3 of the project will include remodeling a few spaces within the main campus to return them to student use spaces. When construction of the Community Technology Center is completed, the main campus will be more than 400,000 square feet in size. 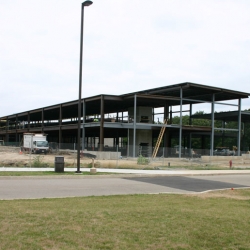 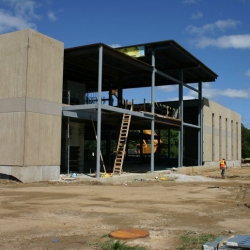 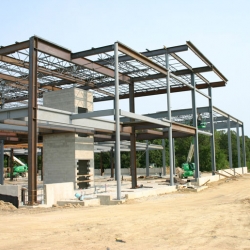 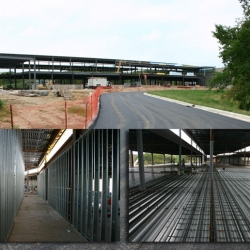 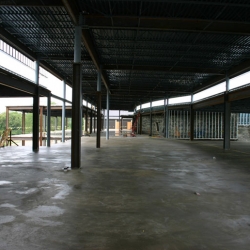 Back To The Plan Room